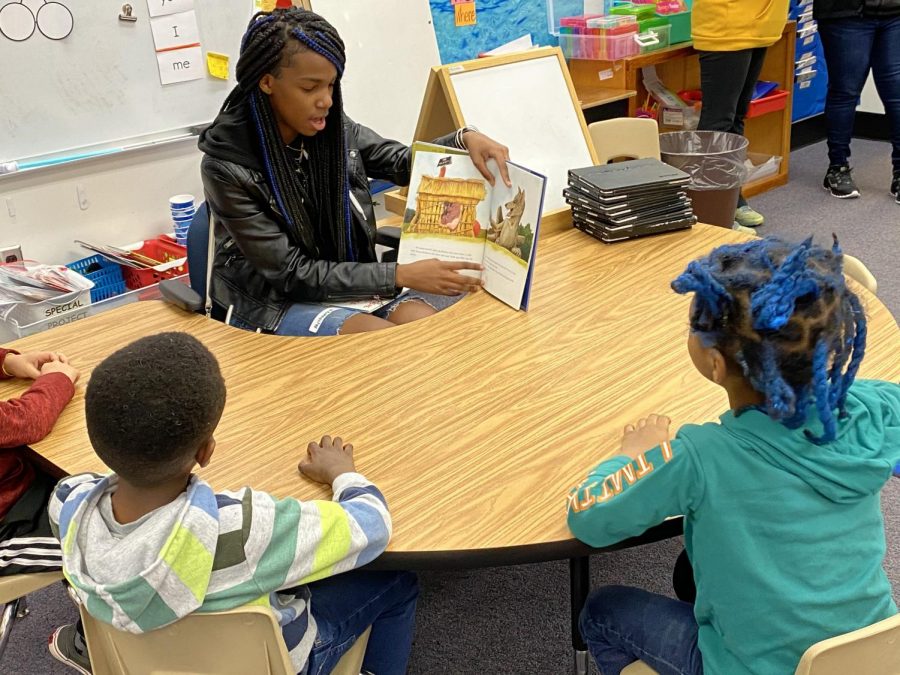 The Homewood Gateway Girl’s Group was developed in 2012 as a way to form positive relationships between Gateway girls. It became apparent that this group was needed during a particularly difficult time, when there were different girl-friend groups who had, what seemed to be, irreconcilable differences. These differences led to serious physical and emotional conflicts between girls in the Gateway program. With help from the Mediation Conflict Resolution Center, staff members organized the first Girl’s Group meeting where the girls had a chance to talk about their problems and create bonds that otherwise would not have existed.

Today, the group has come far and point their focus toward community outreach. Robin Sharp, one of the group’s founders, said, “the goal of Girl’s Group is community and service. Service for themselves, for the school, and for outside agencies.” So far this year, the girls have hand-made bagged lunches for the local crisis center, Grassroots, created Valentine’s day gift bags for everyone in the Homewood community, and went to Bryant Woods Elementary School to read and bond with the students there. The group hopes to make reading at local elementary schools a more regular thing, as it was a joyful experience for everyone involved. Sharp said, “The girls really thrive and put their differences aside to become a close community when they are working with the children.”

The Gateway Girl’s Group is an effective way to spread positivity and promote unity within the school, and serve as a bridge to build connections between the school and the Howard County community. The group even inspired the school to look more deeply at restorative practices, which has become one of the main pillars of our school culture and mission. Ken’Nay Sye, who joined when she came to Homewood this year, captured the essence of the group well when she said, “Girls Group is unique because it lets girls from different backgrounds come together, show who they are, and help others.”